Camping with toddlers at a festival – what we learned… 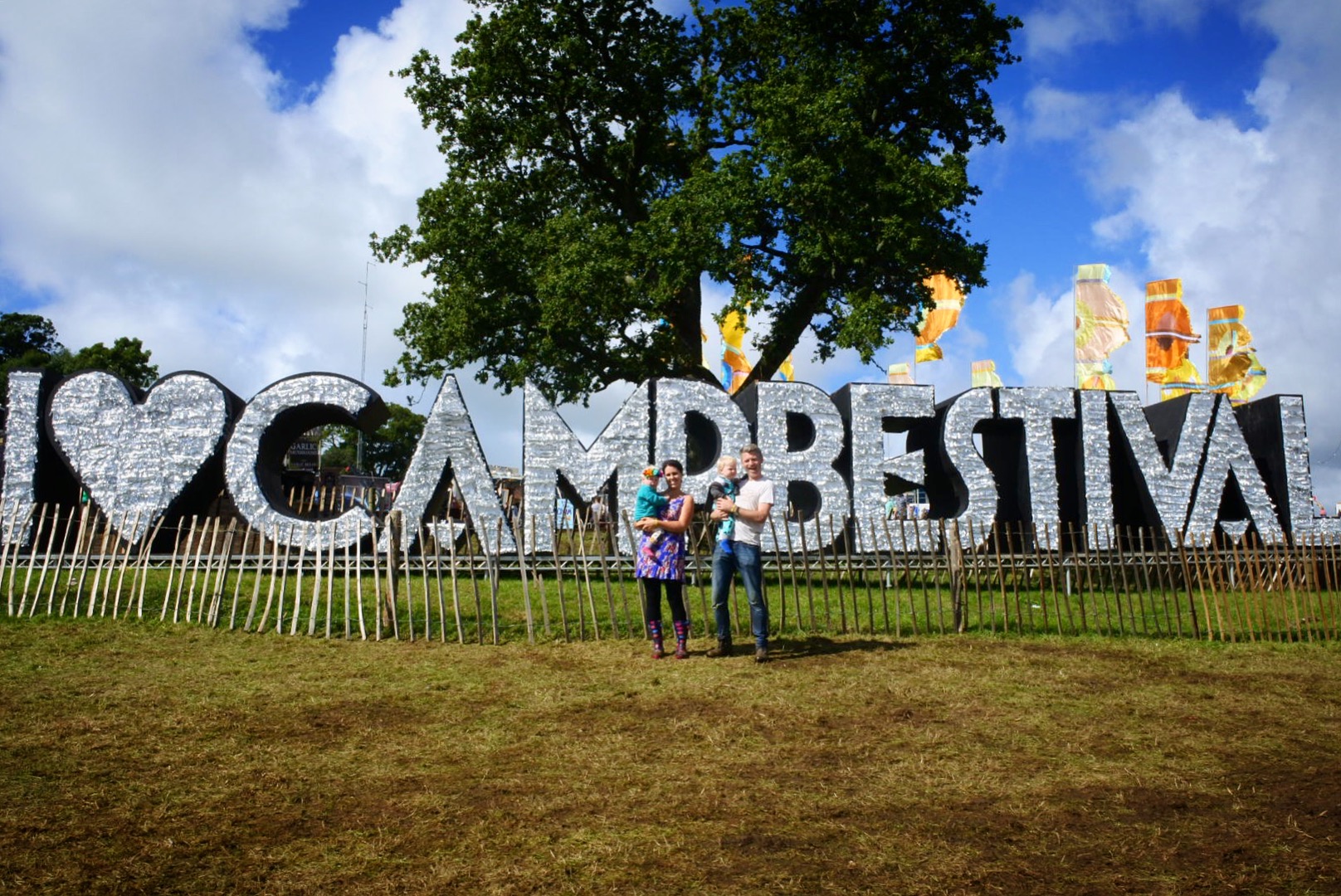 If you follow me on Instagram, you’ll know that we spent last weekend at Camp Bestival in Dorset. You’ll know because I’ve been banging on endlessly about it and spamming non-stop with photos 🙊 Now, I’m quite aware that the photos I’ve posted make it look like we had THE most amazing experience… However, this is an example of one of those times when the reality is quite different to the carefully selected Instagram snapshots 🙈

Now before I continue, I’d just like to say that the actual festival really was absolutely amazing – well-organised, awesome line-up and totally aimed at families and children. And as I said on one of my posts, there were lots of fabulous, happy moments in which we really felt we were making special memories with our little twiglets. It’s just that I’ve read so many posts by other mums, bloggers etc saying ‘Oh it was so amazing – we loved every minute!’ I actually want to take them to one side and say ‘what, EVERY minute?! Really?!’ But they are the sort of mums who, unlike me, seem to totally have their sh*t together and everything firmly under control – you know the ones who can actually use the hashtag #parentingtheshitoutoflife in a non-sarcastic way. They can make me feel a bit inadequate if I’m quite honest 🙈 For example, I can’t imagine overhearing one of them losing their sh*t in a tent because they JUST WANT TO F**KING GET READY so they can go and have a desperately-needed wee in a disgusting Portaloo but their husband is fannying about outside with a tiny stove and their children are repeatedly grabbing hold of one thing after another that they’re not allowed while simultaneously beating the crap out of each other 😖 I can’t imagine seeing them struggling up a massive hill to their car which is parked about as far away as humanly possible while carrying a stupid number of heavy bags of camping equipment and attempting to push a buggy that’s wheels barely even turn because of all the mud caked on them. I can’t imagine their children being grumpy little turds for no reason whatsoever or having almighty public meltdowns to the extent that you actually start to wonder if there is something seriously wrong with them and if you’re going to have to end up taking an emergency trip to A and E, only to have them suddenly snap out of it two minutes later and act like nothing happened… 😡🤔🙄

Aaanyway, I’m writing this post for anyone who, like me, is an inexperienced camper who’s thinking of taking a toddler or two to a festival. I’ve compiled a list of things we wish we had known, in the hope that it might help others of you to behave more like those ‘got-their-shit-together’ parents than we did 😉

Disclaimer: Some of these things may just be common sense but if, also like me, you are somewhat lacking in that department, then hopefully they’ll be useful anyway 😂

1. Do the biggest, most dramatic mo fo of a sun dance before you go:☀️

The worst thing for us was the sheer amount of torrential rain and wind that occurred over the weekend – hours and hours of it. At first you think ‘oh it’s fine, all part of the festival atmosphere’ and try to be very British and make the best of it, but after a good few hours of it, when you’re all freezing and the toddlers are getting very grumpy at having to stay in the buggy with the raincovers on, it starts to wear rather thin. And there is nothing more soul-destroying than getting into nice clean clothes or even PJs after having been soaked through to your actual bones, then realising you need a wee and are going to have to go out and get drenched all over again trekking to a toilet 😖
2. Think about kiddy mode of transportation: 🛒 (yes I know that’s a supermarket trolley – closest I could find 😂)

I don’t know if this was our ‘inexperiencedness’ (pretty sure that’s not a real word), lack of common sense or what, but it seemed that almost everyone else had hired some sort of little trailer or cart to ferry their children around in. Some were impressively pimped up with fairy lights and all sorts too. We were not aware of such things and had brought along our trusty Bugaboo Donkey. To be fair, it fared pretty well for a while but it just could not cope with the sheer amount of mud and the front wheels were as good as useless by the end, which made it almost impossible to push 🙈 Also make sure if you do take a pushchair with inflatable tyres like ours, that you pump them up beforehand. We had not and they were pretty flat, making steering and pushing uphill even more difficult than it needed to be. Oh and don’t even think about taking an umbrella stroller – I saw one guy pushing a toddler in one; it got stuck in the mud and as he tried to push and pull it out, his flip flop then got stuck too and came off his foot 🙊 Amusing but I was quite glad to not be him 😂
3. Use a trailer to carry your stuff to and from your car: 🚙

Again, it seemed everyone knew this apart from us but you can use the trailer cart thingies to pull your stuff in too. We thought we’d just load the buggy up with most of it, carry a few bags and get the twiglets to walk on reins. It hadn’t occurred to us that we might have to park reeeally far from the campsite and walk across super bumpy terrain and up and down humungous hills to get there. So the twiglets ended up in the buggy and for some stupid reason we still did it all in one trip, with hubby carrying a gigantic six-man tent on his back while pushing two giant toddlers in a heavy buggy, and both of us carrying several big bags. It was crazy. I actually thought hubby was going to break his back 🙈 So yes, do multiple trips!
4. Arrive early: ⏰

If you can, arrive the night before. We had to go on the second day and ended up wandering around the hilly campsite carrying and pushing the aforementioned ridiculously heavy stuff, getting increasingly panicked that we weren’t actually going to find a space big enough for our massive tent. Eventually we did but we were on a hill, which wasn’t too much of an issue but did feel a bit weird for sleeping and poor H rolled out of his bed a few times in the night and just kept rolling all the way to the bottom of the tent 😂
5. Practise putting your tent up before you go: ⛺️

Now this probably is a very obvious one 🙊 We were really lucky that a lovely friend lent us tons of camping equipment as we would have had bugger-all otherwise! But unfortunately hubby was super busy with work in the weeks leading up to the festival and we just didn’t have a chance to try the new tent out. It seemed pretty straightforward though – one of those ones with an inflatable frame so no poles to mess about with. Word of warning though – if you have one of these and are putting it up in a frickin’ gale like we were, IGNORE the bit in the instructions that says for one person to get inside the tent to help push the frame up when there are only a few pegs securing it to the ground. You will be at risk of being swept halfway across a field inside a huge tent, falling flat on your back, screaming the place down, crying like a baby and generally attracting a lot of attention 🙈 Admittedly I’m a total wimp but it genuinely scared me sh*tless. Although the funniest thing was that as I sat myself up, trying not to have a panic attack, I could hear H absolutely roaring with laughter that Mummy had just flown away in a tent 😂🙈
6. To all women – GET A SHEWEE! 💦

The snack bribery reached new heights on our camping weekend 🙈There were just so many times when it really was the ONLY way 😂 That or an iPad but we didn’t have one of those 🙊 Oh and don’t bother bringing toys – in a tent there’s no real way of keeping things out of toddlers’ reach so they will just want to play with eeeverything they shouldn’t 😫 I drove myself crazy repeating ‘Put that down!’ ‘No don’t touch that!’ ‘Leave Daddy’s camera alone!’ etc etc… Taking me back to the necessity for snack bribery 😁

There are probably many many more tips (no doubt more useful than these 😂) so feel free to add any below in the comments 😊 Would we do it again? I’ll admit there were several occasions over the weekend on which I could be heard muttering/shouting ‘NEVER AGAIN!’ (probably with a few expletives thrown in for good measure) but the reality is I think it’s quite likely I would do it again. Partly because I’m a glutton for punishment but mainly because I genuinely think (cheese alert! 🧀🧀🧀) that it’s made us stronger as a family – we know we can survive, the twiglets weren’t toooo horrendously behaved and if we did do it again, there’d be sooo many things we could do better now that we’ve experienced it 😁 Plus, now that we’re home and dry and comfy, the shitty, stressful parts are already fading away in my memory and I’m being left with those awesome happy moments I mentioned earlier 😊 If you’re hesitating about booking festival tickets, I say go for it! (But try and have your sh*t at least halfway together before you get there) 😂✌🏻 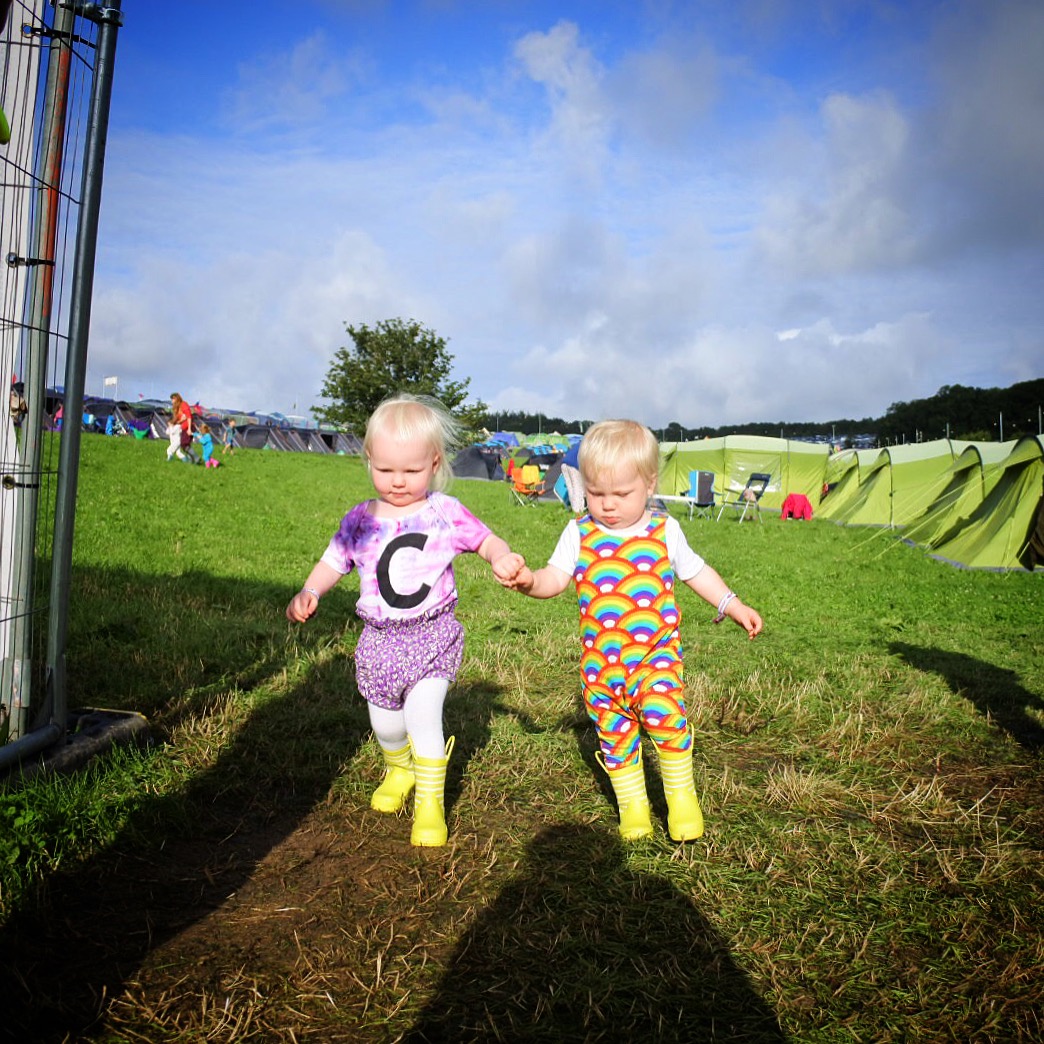 AD | A Family Day Out At The Atrium Camberley