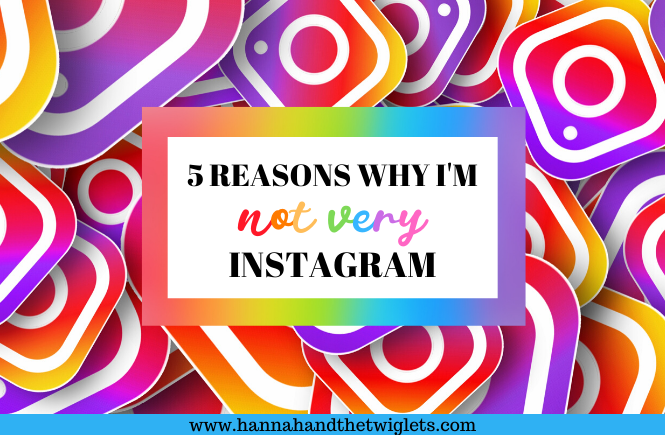 I don’t really consider myself to be very ‘Insta.’ I mean, I post on there (a lot – probably too much 😂) and I love it (again, probably too much 🙈). But I don’t always feel like I necessarily ‘fit in’ as such. I’m not saying this as some kind of pity party for one or anything – it’s just the way I see it. And actually I’ve come to the conclusion that I don’t really mind 😊 So here are 5 reasons why I’m not very Instagram:

So probably the main reason is that I’m socially awkward as arse. In my mind I’m a friendly, extroverted chatterbox but as soon as there are actual other people around (especially ones I don’t know 😱), I’m quiet, boring and I think even verging on rude sometimes 😭 I’m not actually a rude person in the slightest – on the contrary, I’m absolutely mortified if I ever think I’ve been rude to someone. But I sometimes find it so hard to think around the anxiety of talking to a new person that I just can’t quite manage to formulate words quickly enough.

I think this is why I like Instagram Stories so much. I used to say I’d never do ‘chatty’ Stories as I hate the sound of my voice. This is still true – I still sound like a total knob. However, I don’t tend to watch myself back and have actually found a great outlet and a fab way to connect with people. I like it because I can talk and be more myself than if I’m talking to actual people in real life because it takes the social anxiety aspect away 😊 I mean, I’m still an awkward tit on there too, but at least I care a bit less!

I’m also awkward in photos. I very much doubt I will EVER pull off a photo of just me on my own, doing that classic Insta thing of looking nonchalantly to the side in a fab outfit. I just can’t see it happening. When I take a selfie, I can’t just pull a normal face. I always have to have some ridiculous expression. But that’s me. So f**k it 😊👍🏻

2. I don’t use the right terminology.

This is probably quite related to the first one but I don’t really tend to use the ‘in’ kind of words on Insta. For example, (and no offence at all to anyone who uses these terms), I’m not sure I could ever describe myself as an ‘influencer’ unless I absolutely had to. Or a ‘content creator.’ Just nope.

And I really honestly don’t judge anyone else who uses these. I think it just comes from the fact that I don’t feel cool enough. Like it would seem so wanky and self-assuming coming from me. Who am I to think I might influence anyone else? Like, I’m quite sure I don’t 😂

Another one is the word ‘pieces’ in relation to clothes. I am just not the type of gal who could get away with saying ‘ooh just popped to Topshop and picked up some lovely pieces.’ A) Walking into Topshop makes me feel like some kind of fricking OAP – the clothes just seem so ‘young’ to me 😂 And B) Just. Not. Cool. Enough…. Again 😂😂 And that brings me nicely on to number 3.

Well, that’s it really – pretty self-explanatory. I’ve never been one to particularly follow fashion. I wear clothes that I feel comfortable in – a lot of bright colours and garish patterns. I dress my kids pretty much in the same way 😂 The whole monochrome trend most definitely passed me by. When the twigs were babies, I did dress them a bit cool sometimes – even in almost fully monochrome outfits occasionally! But it wasn’t really me.

Also, since having the twigs, I’ve put on a lot of weight. I don’t think I’m fat or anything but I’m the heaviest I’ve ever been and everything’s a lot more lumpy and bumpy than it used to be – especially the good old mum tum. Basically, if I don’t wear tops that resemble sacks, I look about 7 months pregnant and people start asking me when number 3’s due. As someone who used to wear tight tops every day, this has been quite a change.

I’ve had to buy quite a few new tops (although I still somehow look in my wardrobe and can’t find anything to wear – how is that possible?!) And seeing as money has been a bit tight, the majority of these have been from supermarkets. Don’t get me wrong, I bloody love supermarket clothes! But, well, let’s just say I’m never going to make it as a fashion influencer 😜

4. My Insta feed looks like it’s been shat on by a unicorn.

Again, I just don’t think I really follow the trends (no sh*t Sherlock!) My grid is very colourful and probably a bit crazy-looking really. I don’t have a monochrome or single-colour theme.

Lots of people at the moment seem to be using presets which give a muted, low-saturation look to their images. I think these look AWESOME and I’ve genuinely been tempted to try them as they’re so popular and look so effective. But then I think – muted? F**k off! And I go back to my high-saturation, decidedly unmuted editing style (probably a lot less popular but hey ho!)

Believe it or not, I do ‘curate’ my feed a bit (another term I definitely do not feel cool enough to use 😂) I edit all my photos in a very similar way, using the same VSCO filter then adjusting highlights, shadows, saturation etc depending on the photo. I also try to balance the look of my feed by alternating between a photo of both twiglets, followed by either a photo of one of them or a close-up/flatlay type photo, then one of both again.

Since I started on Instagram (I think three years ago?!) I’ve been trying to find my own style that I was happy with. I’ve chopped and changed, tried different editing styles, different themes etc, but finally now I feel like I’m really happy with what I post. I tend to keep it all quite cheerful, bright and colourful on my feed, and show more of the reality of parenting in my Stories – a balance I feel works pretty well for me.

5. My photos are pretty average.

Yep. I said it. My photos are not particularly creative. There are so many accounts who take the most amazingly creative photos which just blow my mind, using all kinds of apps and clever Photoshop trickery (I may be wrong but I think Sienna and I on Instagram was the original in this sort of style). I literally have no idea how they think up this stuff – I certainly couldn’t so I don’t even attempt it!

My photos aren’t especially beautiful either. There are tons of incredible photographers on Insta who take stunning, whimsical photos using gorgeous natural light. I do take lots of outdoor photos of our adventures but even when the light is genuinely beautiful, I can never seem to translate that into an image. I just don’t have the technical know-how.

My photos are also not generally very floral.  Everyone knows Instagram is the place for gorgeous photos of flowers. (Or ‘blooms’ as the cool Instagrammers would probably say). When it’s peony season, every second post on my feed is of those pink buggers. Same when the daffs are out, or cherry blossom. I like looking at other people’s pictures of flowers. And I love how they incorporate them so cleverly into pretty flatlays, or take those photos of themselves looking all thoughtful holding a bunch. I love them all! And occasionally I’ll have a go if I’m in the mood (or have some flowers that are actually alive!) But I think I should probably just leave it to people who are better at it really 🤣

But do you know what – I like my average, not-very-creative, not-very-pretty photos. They’re colourful af and they’re either of my two favourite people or of rainbow shiz that makes me happy. So yay for that 😊

So to conclude, I don’t really feel like I fit the ‘typical’ Insta image. But actually I’m not sure I care. I’ve wasted a lot of time in my life trying to fit in or to be one of the cool kids (never did succeed 😂) But sod it… I’m happy to be an awkward, rainbow-obsessive misfit posting average-ish photos and chatting drivel on my Stories. And if my followers creep up at the speed of a geriatric snail, then so be it! I’m just happy I’ve found the confidence to be myself 😁 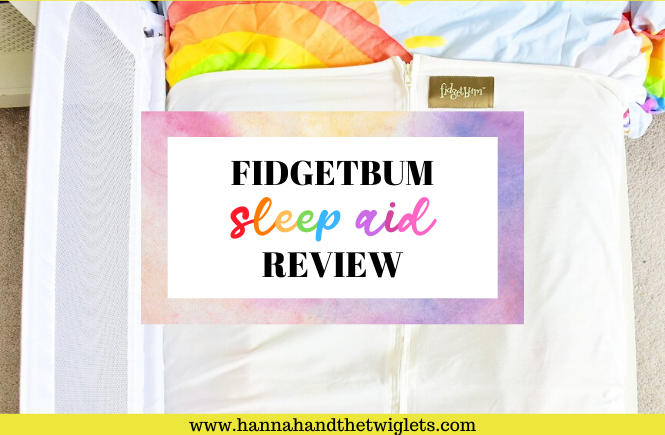 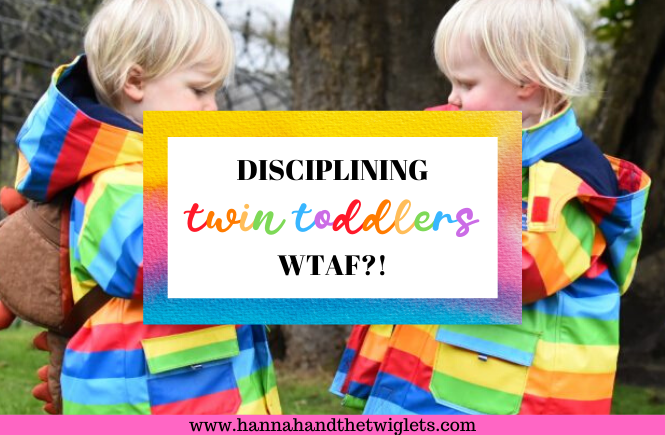 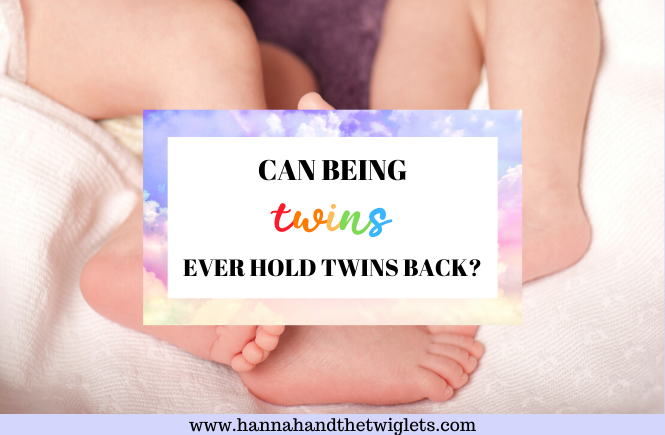