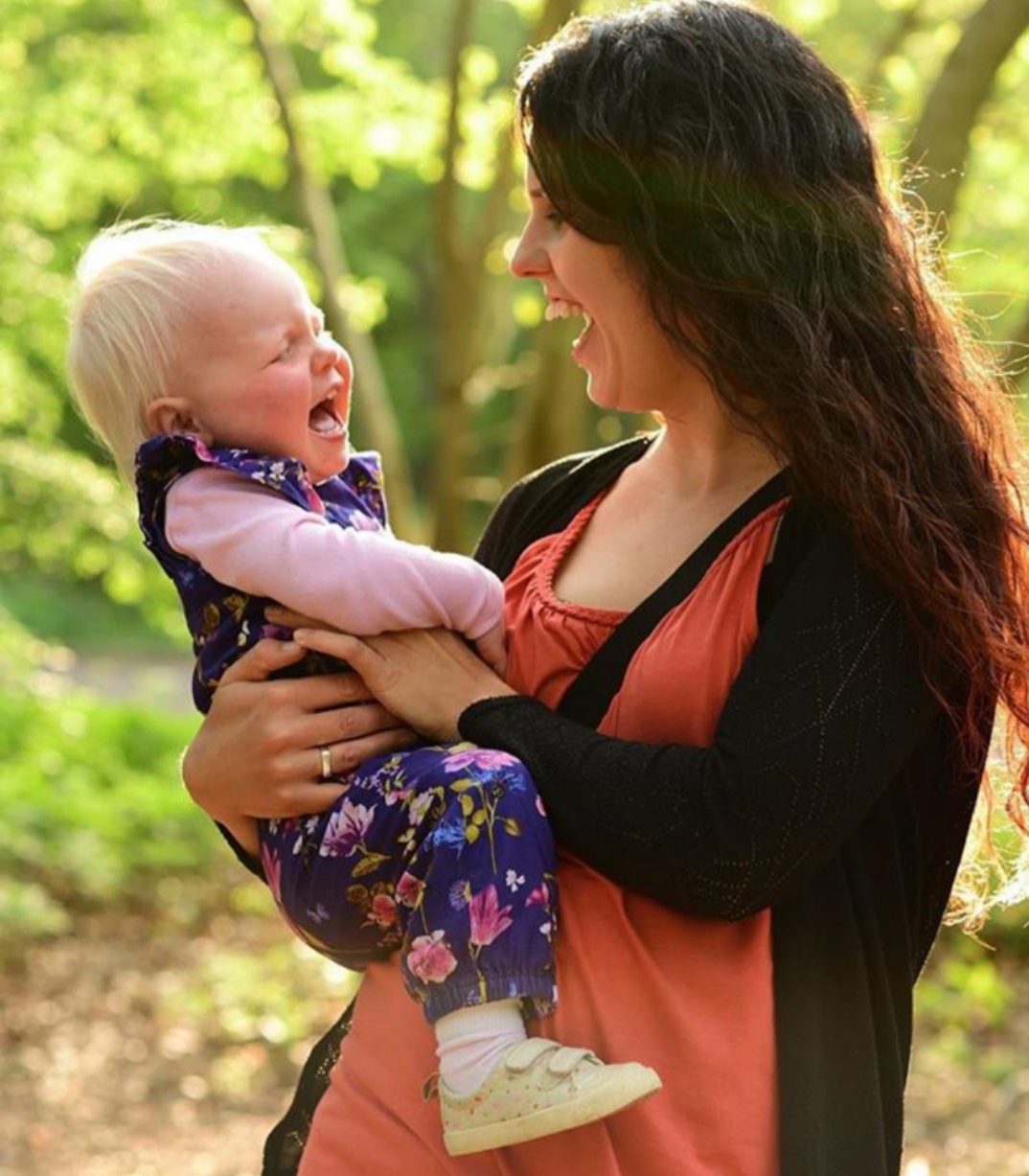 This is kind of a hard post to write… But I’ve seen so many posts recently from mums who are struggling with their little ones only wanting them, and not wanting to be with their other half. Now I totally get the whole feeling of being touched out and having your personal space invaded by small people allllllll day. So I get that it would be really hard to be the one solely in demand all the time, and not be able to hand over the reins to someone else for a bit. But what about if it’s the other way round? How do you cope when your child prefers your partner to you?

So I’m talking about C here. Firstly, a bit of background… C has always been extremely strong-willed, even as a baby. I will never forget, at about 6 or so weeks old, (who knows when – it was all a flipping blur at that point!) we took them to see a cranial osteopath. He did a test where he lay them on the palm of his hand. Usually a baby would fight to keep their head and legs up for about 10 seconds I think, then go floppy, which is exactly what H did. C however, fought and fought to stay up – for a good minute if not more. The osteopath said ‘wow, she’s going to be strong-willed, this one!’ And oh how right he was!

She is stubborn beyond belief and we definitely have to pick our battles with her. However, she is very determined as a result and will persevere with a task until she bloody well finishes it, which I’m sure will prove a valuable attribute to her in life. Fricking nightmare to deal with now though! 🙈

So my point is, when she gets an idea in her head, that’s it. There’s no changing her mind. And one thing she has become really stubborn about is the fact that, when both of us are around, she only wants Daddy…

Daddy has to get her out of the car, Daddy has to take her to the toilet when we’re out, Daddy has to carry her… You get the idea. When I mentioned this on Instagram a little while ago, I had lots of messages saying ‘wow amazing, make the most of it, have a rest…’ etc. Which I get, and to begin with I probably did. But if I’m honest it’s starting to get to me a bit now 😭 I’m sure it’s probably perfectly normal for kids to have periods of favouring one parent over the other – I mean, everything’s a bloody phase isn’t it (god that word!) But it’s a flipping long phase if that’s the case!

And the fact is that for most people, it seems to be the other way round. Ie the kids tend to be clingy towards their mummy, maybe because that’s generally who they spend most time with (I know that’s not always the case but usually I think). I see so many posts from mums struggling with being the only one the child will go to, and as I said, I really do get that this would be draining and relentless. But it makes it all the more difficult when you feel like your own child is just outright rejecting you and wants nothing to do with you 🙄

As a little example of what I mean… The other weekend we were coming to the end of a lovely family day out. We had to go up a steep hill to get back to the car so the other half went ahead with H, the bags, kitchen sink (😉) etc. When C realised this, she absolutely lost her shiz. Screamed the place down (it was veeery busy 🙄), refused to move, lay down on the ground in everyone’s way… Oh it was joyous.

I tried to reason with her – ‘come on darling, let’s get to the top quickly and you can see Daddy!’ and ‘Come on quickly or the parking ticket will run out!’ etc. Totally futile but we always try, don’t we? 🙈 The rage was just too great. She was screaming things like ‘No I don’t want you!’ and ‘GO AWAY!’ and ‘Daddy Daddy DADDYYYYYY!’ and pushing and hitting me if I got too near her.

Eventually, the only way to get her to move was the old rugby ball under-the-arm carry. As you can imagine, this did not best please her Majesty and the screaming reached new decibel levels. Of course people were looking, and I genuinely had a moment of worry that they might think I was abducting her or something, so crazy and desperate was the screeching. I felt like saying: ‘she is my child, honest!’ I’m sure people know what kids can be like, but still…

Anyway, this is the kind of thing that happens regularly at the moment. Usually we don’t make a big deal and just let her choose who she wants to do things with (invariably Daddy). I try very hard not to let her know that it sometimes upsets me, as I think that would be giving her a lot of power in a way, if she thought she had that level of control over our feelings? As always with these issues in parenting, there’s no manual, so who flipping knows how you’re meant to handle them?! 🤷‍♀️

Now just to be clear, I am genuinely really pleased that C has such a lovely relationship with her daddy. It’s really special to see and the twigs are so lucky to have a loving, fabulous father. So please don’t think I’m being ungrateful. I’m conscious that there will be lots of parents and carers out there doing it all on their own, who would probably think I’m an absolute tw*t for whinging about this issue 🙈 I most likely am, but I like to be honest and share my feelings – it’s what I set this blog up for.

The fact is, I can’t help how I feel and sometimes the rejection really does upset me. As much as I tell myself it’s a phase, it’s a control thing, or whatever, I just can’t help it. C would always choose Daddy over me and IT HURTS. I almost feel like I’m being childish and pathetic admitting it but it’s the truth.

Does anyone else get rejected by their child like this? Or just me? I have a horrible feeling it’s just me as I have literally never read a single post or anything from anyone saying it – always just the other way round. Or maybe people don’t want to admit it? Or maybe they (probably rightly) just don’t think it’s a big deal? (I am a massive overthinking w*nker after all). Maybe it’s just because she sees Daddy less so wants to spend as much time as possible with him when she can? Which sounds very reasonable when I put it like that to be fair!

I think, if I’m very very honest (going to get a bit deep now soz!), that the reason I feel insecure about it, rather than just thinking ‘oh it’s a phase, kids haha!’ is because I’ve wondered before if my bond with C is as strong as it should be. Obviously I absolutely love her to pieces, but there’s always been a little niggling paranoia that maybe she doesn’t really love me or something 🙈 I know that sounds ridiculous.

I’ve mentioned before that I struggled initially to bond with the twigs in the very early days, as I was so overwhelmed and traumatised by the birth, the new responsibility, trying and failing to breastfeed etc. (You can read about my bf woes in this post if you like!) And when it did happen, I found myself bonding more easily and quickly with H, whereas the hubby was the other way round. I hope that’s not a terrible thing to admit – as I said, it doesn’t affect my love for them in any way. As soon as I saw them, I knew I would do absolutely anything for them, but the actual bond itself took a little longer to form, if that makes sense?

Anyway it makes me wonder if this is some kind of punishment for not bonding with her straightaway – maybe it’s had a long term impact? I reeeally hope not and that that’s just the irrational mum guilt talking, and that all of it is indeed ‘just a phase’ or another example of C exerting her four-year-old’s need for control 🤞🏻

I’m rambling now, but I just wanted to share in case there is anyone else out there who feels like their child prefers their partner. Maybe I am being silly, but at least I might not be alone in my silliness! 🙈🤣 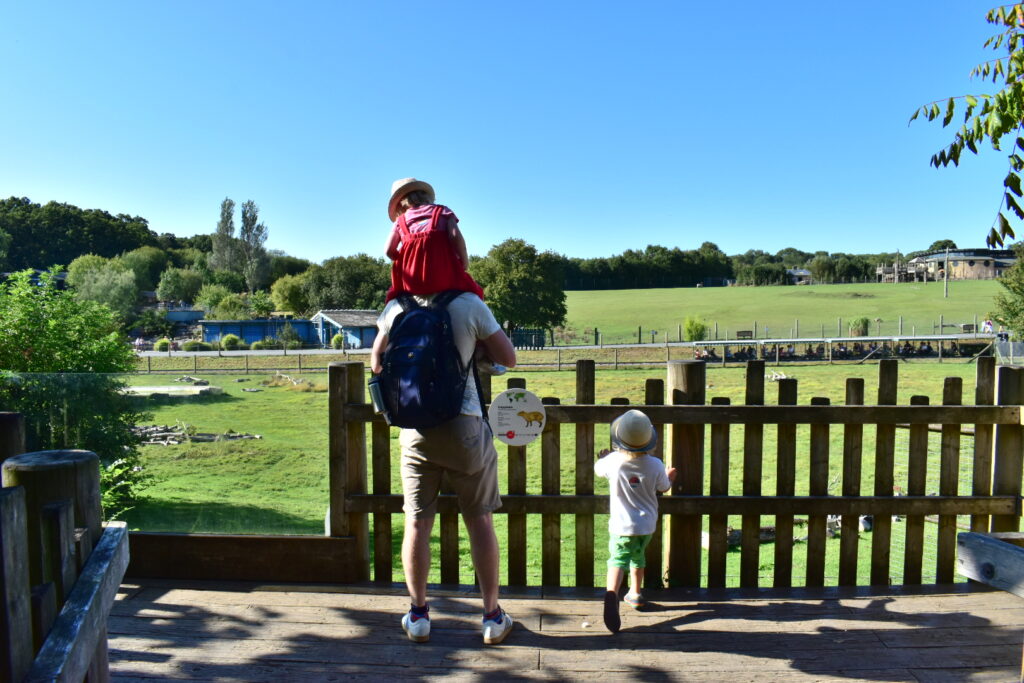