When Children Start To Lose Their Innocence It’s inevitable. As kids grow, they become more and more aware of the world and what’s happening around them. It can be tough to realise that as a parent you’re no longer the sole influence on your children’s lives. So how do you cope when your children start to lose their innocence?

I remember vividly the first time the twiglets came home from nursery and started singing a song that I didn’t know.

They were about 19/20 months and hadn’t been going there long. Their speech was nothing like it is now, but they were clearly attempting to sing a song and I had no idea what it was.

It was such a weird feeling hearing words come from their mouths that I knew for a fact had not been learned from us. Now obviously this wasn’t a bad influence on them at all.

But it was the moment I realised that it was no longer just me and the husband (and our close family) who were responsible for shaping their little minds.

Up until then, pretty much everything they’d experienced in their lives had been with one or both of us. We were trying to teach them right from wrong, trying to explain things in a way they could make sense of and trying to encourage them to be kind and caring towards others. Above all, we were trying to ensure they were happy. All obviously guided by our own views, opinions and experiences and how we wanted to parent our children.

So that singing moment felt significant to me. It was when I had the realisation that other people, with different views, opinions and experiences to ours, were now really starting to influence our twiglets.

Is it a bad thing for other people to influence your children?

Now I’m not saying this is necessarily a bad thing.

I actually think it’s good for children to have lots of different influences in their live. As it will hopefully help them to grow into well-rounded and tolerant individuals, understanding that everyone’s equal yet unique etc.

The problem is, some of those influences are inevitably not going to be positive or desirable ones. And as much as we want to protect our kids from them, they do need to experience these too.

A negative influence on holiday

One example of a less than positive influence recently was something that happened when we were on holiday in Majorca.

We were in a restaurant waiting for dinner and the twiglets were happily jumping on the bouncy castle there. We were sat very close by. A girl of about 4/5 and her older brother joined them and at first it looked very sweet. C and the girl seemed to be making friends and playing together.

We soon realised however, that the girl was starting to be pretty bossy. Then we heard her saying ‘I’m prettier than you’ to C 😱 Luckily C couldn’t have given a flying f**k. But it made me so sad that she even experienced someone saying that to her.

We didn’t know how to deal with it…

I didn’t want C internalising that and starting to believe it. Or even thinking it was ok and saying it to another child herself. We weren’t sure of the best thing to do. The girl was being a bit rough too, considering C was much smaller than her. Although to be fair she is quite tough so wasn’t remotely bothered by that either 🤣 The brother did actually pick the girl up on her behaviour at one point and told her she was being too mean.

Anyway, the girl then ordered her brother and C to stand still by the edge while she ‘performed.’ (H had come off for some juice because juice is life in his world 😂) C obliged and waited patiently but then when it was her ‘turn’ the girl gave her about 2 seconds to jump then told her to stop again.

We were a bit p*ssed off by now so I was secretly quite proud of C, at two years old, for standing her ground against this much bigger girl. She said firmly: ‘No it’s my turn now, you need to stand there!’ pointing at the side 🙈🤣 The girl was NOT happy at being challenged 🤣

We stepped in at that point and told C it was time to come off for some juice and that her dinner would be ready soon. Being the non-confrontational buggers that we are, we didn’t say anything to the girl or her family. But we did explain quietly to C that the girl hadn’t been being very kind.

What we need to do as parents

And I guess that is what we as parents and carers can do. We may not be able to protect our kiddies from negative influences or losing their innocence. But what we can do is use those influences. Use them to teach right and wrong and to reinforce our expectations of our children. In effect to show them what not to do I guess.

Back to the little holiday girl quickly…

Interestingly, the next child to go on the bouncy castle was a bigger girl and the three of them were bouncing around quite boisterously together. Then the mum of the littler girl suddenly went storming up and shouted at the bigger girl for being too rough with her daughter! Twiglet Daddy and I were looking incredulously at each other wanting to scream ‘POT, KETTLE!!’

The poor girl was basically hounded off and ran back over to her family in tears! In a way I wish I’d had the guts to say something but I know there would have been absolutely no point. The woman clearly would not have heard a word against her daughter and would probably have caused a huge scene 🙈

(Just a note here that although I’m being a bit flippant, I do try very hard not to ever judge others’ parenting. I know how damaging, unhelpful and often misguided that can be. In this instance it was hard not to but I’m mindful that I don’t know that family’s story. Maybe there were reasons behind it, who knows ✌ )

We won’t always be there to protect them

Anyway that incident made me feel some trepidation at the thought of the twigs going to school next year. And the fact that we won’t always be around to protect them from things like other kids being mean. Or even learning of things going on in the news when they get to that level of understanding.

How on earth do you explain to young children some of the things happening in the world? How honest should you be? I have no answers for that; I guess as with everything, we’ll wing it when the time comes.

It’s just a bit sad that it’s already the end of that time in their early lives where we can keep them almost completely safe and protected in our own little family bubble. And maintain that lovely pure innocence they have.

I suppose we just have to hope we can instil enough of a strong moral compass in them that they have the confidence to ignore negative influences and take their own path. And hopefully, we’ll get it kind of half right and that’s what they’ll do 😊

It can be tough for us parents when our children start to lose their innocence and grow up. But there is so much that’s amazing too, with all the knowledge and understanding they gain. As always, parenting is one massive rollercoaster of emotions!

Anyway thank you for reading! Til next time, 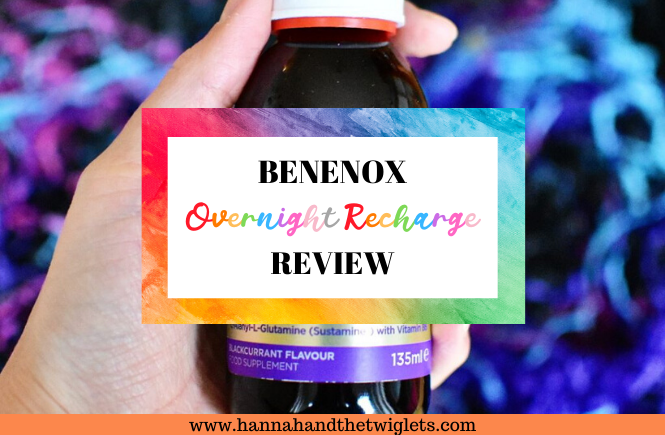